The mobile app shows posts that aren't on the main site. One post is blank, the other two aren't very long. Looks like a bot is posting useless posts.

Looks like it doesn't like the wifi on my router. It's a TP-LINK Archer C7 v1. I thought version one only meant Apple stuff wouldn't work. Maybe NVIDIA used a similar wifi chip in the SHIELD that Apple uses.

Plugged ethernet into it, now PC streaming starts way faster and looks better. The only difference is my TV is brighter. And you can't read the chat text, to small. I need a TV with big font.

I plugged the long ethernet cable into a switch, and plugged a shorter one into the SHIELD and one to my PS4.

Streaming using Kodi is faster. Didn't think it could get any faster then the Fire TV. I'm using a test build from their forum.

There's stuff to drive/ride around. No multiplayer yet. But don't really need multiplayer, don't have any friends that play video games.

I should buy it and make a giant dong. And then put a picture on panhandlersonline.com. Nobody will see it except me though. That category isn't viewable by the public.

I have to use flickr to post images. If you drag an image to Ghost it just loads the image in your browser from your computer.

Looks like it does support images, you have to type ![]().

There's a windows icon in my system tray. Clicked it and reserved my free Windows 10 upgrade. It'll download automatically once it's available. Should be available July 29th. 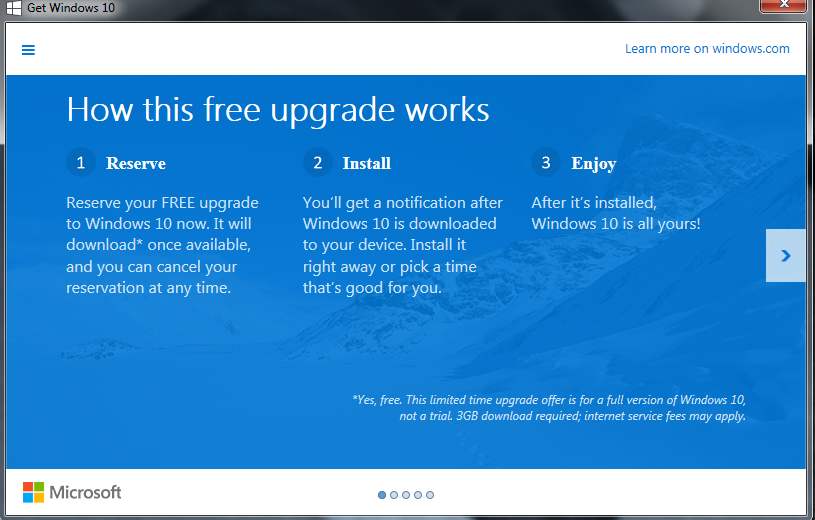 Must be something huge, it's been uploading one item for some time now. Titanfall appears to be playable with an almost 400 ping. At the end of the match, I got a connection timed out error.

I did take some pictures today, but I'm pretty sure it would of been done uploading them by now. Also I took more then one picture, it's only uploading one.

Well I don't think Google Photos Backup in Windows is working, just says uploading 9 of 9 and never finishes. I paused it so I can play Titanfall.