You can find the pictures I just took here. Manual focus isn’t exactly easy. There’s at least one good picture, zoomed in though. 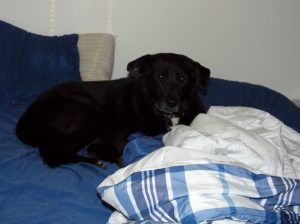 Was taken without the Tiffen filter. 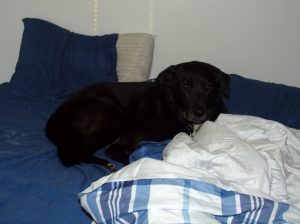 Taken with the Tiffen filter. Don’t see any difference.

Enjoy the highly compressed JPG files. To lazy to change settings in AfterShot Pro, and uploading a 7 MB file takes a long time. I have shitty dial up from Comcast.

Vivitar Series 1 70-210mm would be nice, more zoom. But I can’t focus in the sunlight, can’t see screen well enough. Not sure if the viewfinder accessory works with all lens, one of them is for the 17mm only. Get a DSLR and another adapter, problem solved. Just get the cheapest Canon DSLR there is, well maybe not the cheapest, just 8 megapixels minimum.

What do outdoor in focus pictures look like with this lens? 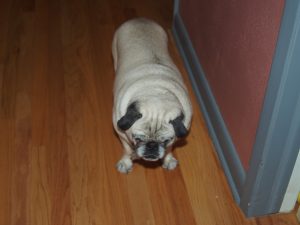 That might be the best picture I took with my new used lens. His feet aren’t in focus. Maybe I should of changed the aperture.

I never claimed to be an architect.

Whoever I bought the lens from, they left a polarizer filter on it. Won’t do you any good inside. 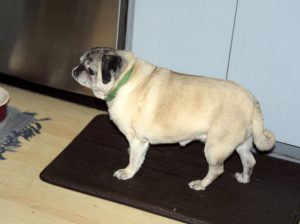 If you zoom into that picture, you’ll see it isn’t as good as my other lens. Looks fine if you don’t zoom in, and on the camera’s screen. Maybe it wasn’t in complete focus.

Maybe my new used lens is a knockoff Vivitar.

Need to take the Tiffen haze filter off too. Grandpa says Tiffen is good if you don’t want to spend a hundred bucks. I spent 30 or 40 bucks on the filter for my other lens. I can use it on my 30mm or 17mm. I have an adapter for my 17mm to use the filter.

I paid $36.29 for a B+W UV filter. Looks like they make a 67mm one too. The lens I bought was only 31 bucks. Just use it without the filter. Sometimes there’s a blue dot on my screen. Might have something to do with zooming. 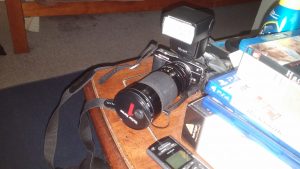 Didn’t put it on camera yet. It might be hard to manually focus. And I have to change a setting on my camera.

Didn’t have to change any settings on my camera. Focusing might be easy, but the quality after you take the picture isn’t very good. Maybe I do need to change a setting. Don’t know where the no lens setting is. The zoom is the same as my 10x optical Olympus camera. Was hoping it would be more. 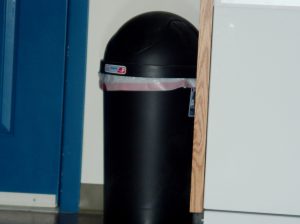 Might not be the lens for taking indoor pictures. That picture was edited with Aftershot Pro and Neat Image. Neat Image didn’t get rid of all the noise.

The filter on the lens could be degrading the quality. Don’t know if Tiffen makes high quality filters.

There’s a thing on the adapter that says “open” and “locked”. Does that mean the lens is locked into the adapter? Don’t think so, might have something to do with the aperture. Can’t remember what you are supposed to have it on. Maybe open.